The SECULAR WAR ON CHILDREN : The rantings of a boneheaded talking zombie and uncalibrated brain

Posted on March 5, 2015 by testifyingtotruth

“We have arrived at the point where we see that science can by no means explain away the rich design of nature and its laws. Science has only shown that design to be more magnificent than anyone had ever dreamt. Therefore, the Cosmic Design Argument for the existence of God still stands. Indeed, it is stronger than ever before.”

up the SECULAR WAR ON CHILDREN. Dawkins who, as an atheist, cannot

claim free will , voluntary control of his thoughts, ability to reason or a

coherent theistic world view than his own thoroughly incoherent atheist

undirected evolutionary  process  Dawkins  cannot claim that his brain is

calibrated  to  reflect  truth  in the universe.  What  a prekeh !

Richard Dawkins: The state needs to ‘protect’ children from religion…and their parents 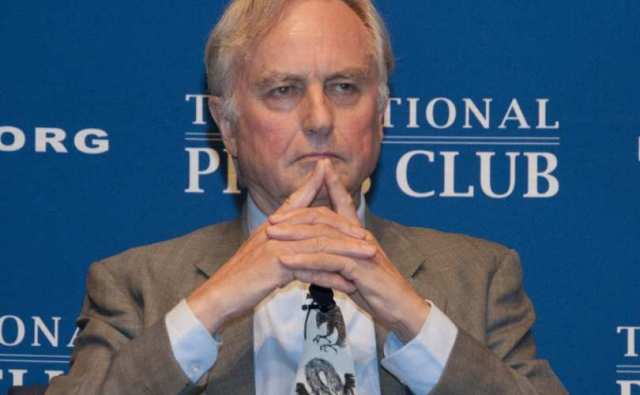 DUBLIN, March 4, 2015 (LifeSiteNews.com) – The government needs to protect children from the religious views of their own parents, according to popular atheist writer Richard Dawkins.

His speaking partner went further, comparing parents instilling their religious views in their children could be compared to denying them medical treatment.

In an interview prior to a speech at Trinity College in Dublin, Ireland, last week, Dawkins told the media that parents have too much influence in their children’s education, especially when it comes to religion.

“There is a balancing act and you have to balance the rights of parents and the rights of children, and I think the balance has swung too far towards parents,” Dawkins told the Irish Times. “Children do need to be protected so that they can have a proper education and not be indoctrinated in whatever religion their parents happen to have been brought up in.”

He added, “You have to write off those people” who value the Bible over science.

Dawkins was in Ireland, along with physicist Lawrence Krauss as part of a tour promoting Arizona State University’s Origins Project. He also came to lend his support to the activist group Atheist Ireland, which is promoting a campaign to remove religious education from schools.

Krauss concurred with Dawkins, saying the state must restrict parental rights as part of its mandate to “properly educate its children.”

“That means parents have a limited, it seems to be, limited rights [sic] in determining what the curriculum is,” Krauss said.

Dawkins became a popular exponent of atheism after publishing his 2006 book The God Delusion, in which he argued that religious faith qualifies as a delusion. He considers religious belief one of the world’s great evils and coined the term “faith-sufferer” to describe religious believers of any creed in a 1991 essay titled, “Viruses of the Mind.”

In his talk at Trinity College, Dawkins affirmed his belief in “Darwinian” evolution and denied the theory of Intelligent Design. Yet even some skeptics are challenging his ideas.

In his book The Grand Design, Stephen Hawking wrote, “The laws of nature form a system that is extremely fine-tuned, and very little in physical law can be altered without destroying the possibility of the development of life as we know it. Were it not for a series of startling coincidences in the precise details of physical law, it seems, humans and similar life-forms would never have come into being.”

“We have arrived at the point,” said physicist Stephen M. Barr, “where we see that science can by no means explain away the rich design of nature and its laws. Science has only shown that design to be more magnificent than anyone had ever dreamt. Therefore, the Cosmic Design Argument for the existence of God still stands. Indeed, it is stronger than ever before.”

This entry was posted in Uncategorized and tagged Lawrence Krauss, Richard Dawkins. Bookmark the permalink.